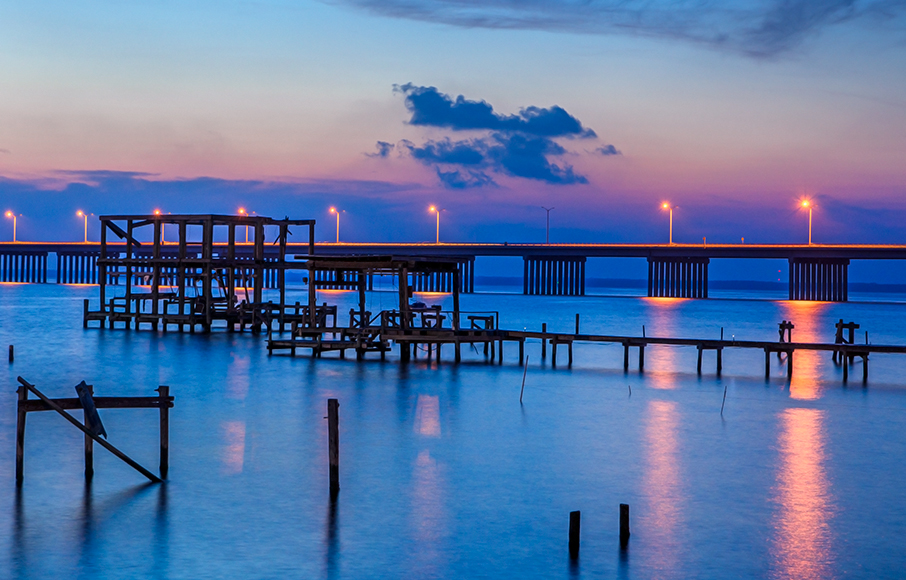 Music: By and By by Royal Bliss (lyrics)

The sun sets behind the Bay Saint Louis Bridge at the Henderson Point boat launch in Pass Christian, Mississippi. The bridge was heavily damaged during Hurricane Katrina in 2005 but was rebuilt and reopened to traffic in 2007. (Photo by Carmen K. Sisson/Cloudybright)