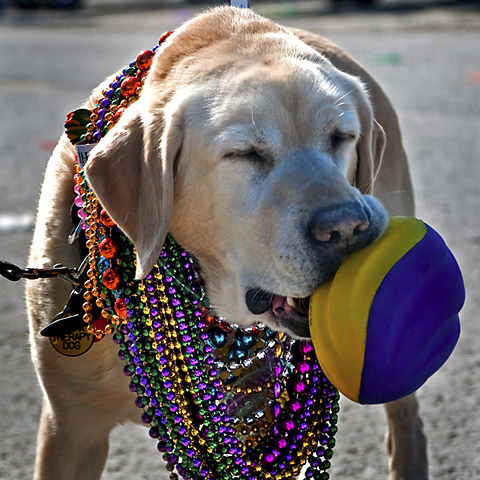 Down here writing a story for TIME Magazine about the lingering effects of the BP oil spill.

Music: Somewhere with You by Kenny Chesney (lyrics)

Yvonne, an eight-year-old Labrador Retriever owned by Janice Engle of Idaho, catches a football during the annual Mardi Gras parade March 6, 2011 in Grand Isle, La. The island was heavily impacted by the Deepwater Horizon oil spill April 20, 2010 and continues to recover. (Photo by Carmen K. Sisson/Cloudybright)