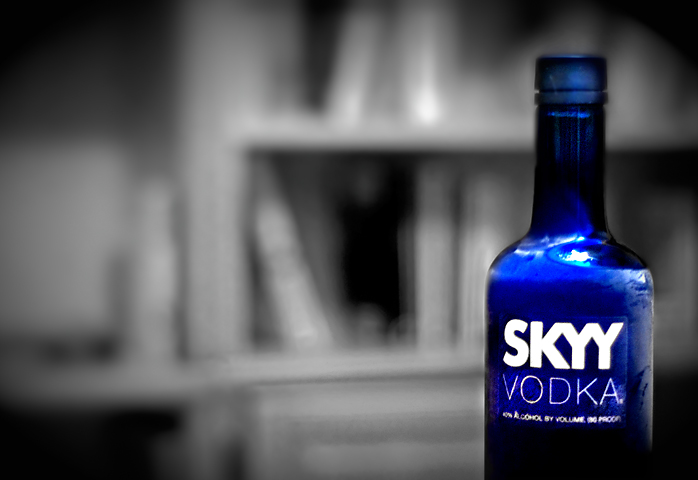 He was a good waiter — the kind you tip once for his kindness, twice for his discretion. I was a shy student — the kind that’s easily smitten, but quickly spooked. The corner table was mine; he made that clear. My table was his; he made that clear as well. I wasn’t old enough to drink, but it didn’t matter. I couldn’t afford to order food, but he didn’t care. His coworkers shrugged. The whole thing was downright peculiar, they all agreed, but if he wanted to channel Nabakov, it was no green off their paycheck.

I watched it all, as much a part as the oak countertop, the pocked brick walls. The night we met, he said it didn’t seem like my scene. I shrugged and uncapped my pen. A writer’s scene is whatever is in front of her.

He turned me on to New York Times. I’d never read it because it cost a dollar, and I was a college student. When he saw that I liked it, he began dropping other papers onto my table. USA Today. Wall Street Journal. I tipped extra. He stopped charging for the coffee.

And so we slid into an easy, uneventful courtship: The kiss, the ring, the joining of libraries. He liked reading to me, and I liked laying my head on his chest, feeling the vibration of his voice as we curled in bed like commas, savoring the pleasure of a mutual love.

I took an editorship at a weekly newspaper, and he followed. On Sundays, we loaded cameras, notebooks, and newspapers into the trunk and headed for the far-flung reaches of our coverage area. I was enthralled with writer David Sedaris at the time, and we drove for hours, listening to “This American Life” on NPR. Whenever we saw someone outside, we stopped, gave them a paper, chatted about story ideas, and generally had a ball being goodwill ambassadors. We yawned through city council meetings together. I shot Friday night football while he sat in the press box, copying rosters.

We worked 60-80 hours a week, some nights never going home at all. We didn’t care. We blasted Harry Connick Jr. through the office at 3 a.m. and danced because no one was there and we could.

Then I left the paper, or more precisely, I caused us both to be fired. I struck off on my own as a freelancer, and he took a job at a reprographics shop. Gone were the days of lavish parties, where I piled silver platters with food and plied everyone with copious amounts of wine until they were too drunk to go home. Gone were the evenings spent strolling art museums, attending symphonies, enjoying the semi-royalty of being small-town press barons. Gone was the sense of teamwork and commitment to a higher calling.

I started out with regional clients and built my way up to national publications. He got fired from the repro shop and took a job designing coupons for a junk mail company. He hated his commute and hated the boredom of being trapped in a corporate cubicle farm. I hated the way he took it out on me. The more miserable we became, the more money we blew. The more money we blew, the more stressful things became.

He spent evenings hunched on the couch, nodding off with a beer in one hand, remote control in the other. I ate supper at my desk and mindlessly surfed the internet until I fell asleep at my keyboard. Some days, we barely saw each other at all.

One night, he came home at 3 a.m., flushed and excited. He looked happier than I’d seen him in years. The next day, as I stood in the bathroom and brushed my teeth, I asked the question.

“So are you moving out?”

I walked to my office, and he went to pack. He returned with his suitcase, and I sat with my feet on my desk, staring at the wall, cigarette in one hand, other hand tucked beneath my armpit as I hugged myself, trying to hold my bones together. Our dog bounced frantically between us, squeaking his ball. We said nothing, because there was nothing left to say.

This week, as I sift through what’s left of our 14 years together, words are all that remain. I stand in my dining room and throw books into boxes. He’s gone; I’m moving; our story is complete. The only winner is the used bookstore.

A blue bottle of Skyy vodka is set against a black and white backdrop of books, Jan. 28, 2010, in Northport, Alabama. Skyy is produced by Campari America. (Photo by Carmen K. Sisson/Cloudybright)