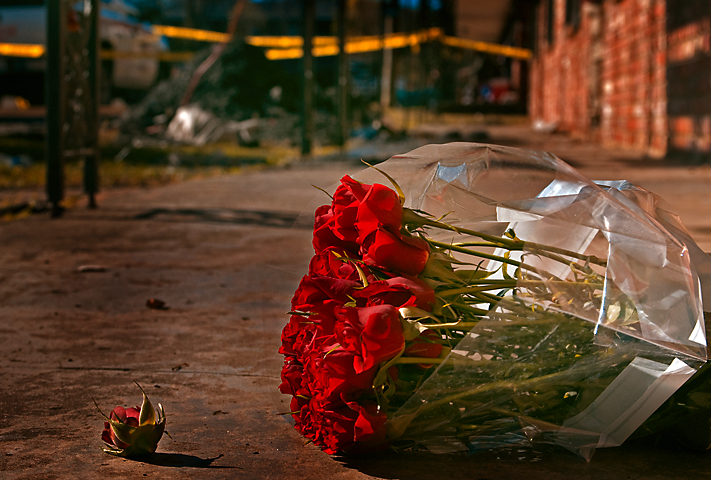 Picture from a last-minute Associated Press assignment. Nine people – six of which were children – died in an apartment fire last night in Starkville, Miss. It was sad to photograph.

A bouquet of flowers lies on the sidewalk outside an apartment building at Academy Crossing in Starkville, Miss., where an early morning fire took the lives of nine people, including six children, Dec. 28, 2009. Oktibbeha County coroner Mike Hunt said the children ranged in age from four months to six years old. The cause of the fire is still under investigation. (Photo by Carmen K. Sisson/Cloudybright)