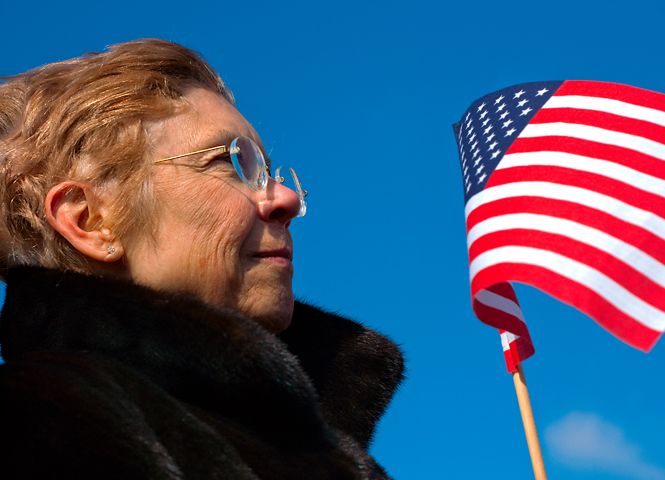 Another picture from the Inauguration.

Music: Till I Collapse by Eminem (lyrics)

An elderly woman watches the proceedings at the Washington Monument in Washington D.C.’s National Mall during Barack Obama’s inauguration Jan. 20, 2009. An estimated one million people attended the event. (Photo by Carmen K. Sisson/Cloudybright)