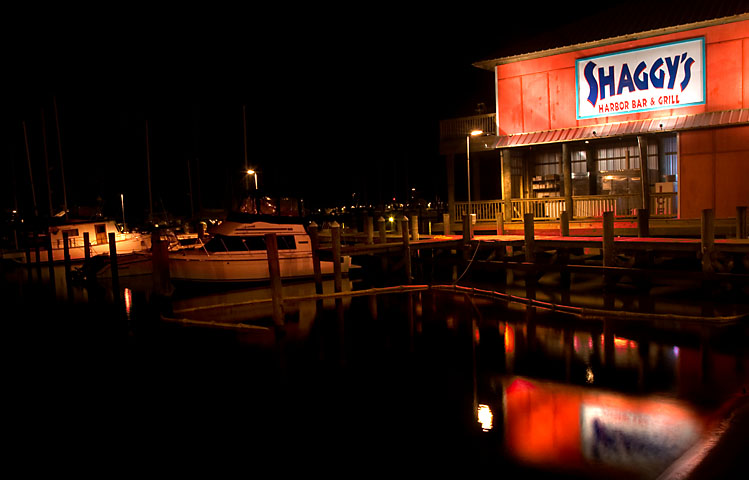 Mississippi is filled with ghosts. They cling with shaking, bony fingers to the Spanish moss that garlands the trees in Pascagoula. Their lonesome calls mingle with the sounds of the seagulls as they wander the narrow streets — Pointe aux Chenes, Fontainbleau, San Souci, Ponce de Leon, Dedeaux, Kiln Delisle. They lie sleeping in the tangled weeds of every bayou and slough. They rest uneasily beneath the dark green waters of the Gulf of Mexico. They sift through the sand that’s never white enough, never pristine enough to be called pretty, the thousands of grains that point out man’s insignificance in a world of limitless wonder.

I’ve always felt the pull of the supernatural along the coast, but it’s unbearably palpable since Katrina. Such a wrecked, lonely place. Empty slabs that used to be dreams. Weed-strewn lots that used to hold promise. Broken pieces of china that were once part of someone’s morning. The scent of freshly brewed coffee overwhelms me, the image of a slender hand holding a fragile cup, a wife and mother staring out her kitchen window, pondering the way the pale pink of daybreak matches the seashells lining the sill above her sink.

The streets are vacant now, filled with potholes and chunks of concrete. No one cares anymore because the ones who escaped never came back. They left the backwater towns behind, found better lives in bigger cities where the night’s black never touches and time is just one more thing to chase.

The clock stops in Mississippi. The placid waters reflect life’s bleeding hues and force a dispassionate review of every hour, every minute, ask unanswerable questions: Is it worth it? Is it still worth it?

I miss every person I’ve ever loved when I drive down Scenic 90, mourn their absence with such unspeakable loneliness that the present becomes twined with the past until I can’t separate the two. The sky is always chalk-white over the Gulf, the horizon a gauzy blue-gray merging into deeper blue or sometimes green. It seems so far away, a distant future that can never be touched, no matter how hard you swim, no matter how fast you row. It’s blank, expressionless, alive only at night when the stars swim in the deep dark and the waves crash in velvety violence.

It speaks to me, this place. It was never home. Never will be home. But it makes me homesick, desperate to hear well-loved voices to silence the ghosts in my head. I long to share it, this place. Long to sit on the beach at night and feel the wordless recognition pass between, long to divide the profound realness of the universe into something I can touch, taste.

But I’m always there alone. I’m always lonely when I’m there. I try to find my place in the smoky bars, but I don’t belong among the happy drunks, the Hawaiian-shirted, cargo-shorted 40-somethings belting out “Margaritaville” while guzzling watered-down Miller Lite.

As I joylessly ate my cheeseburger at Shaggy’s last night, I was tempted to parse the lyrics for the rambunctious boys swaying and singing at the picnic table behind mine. It’s not a happy song, “Margaritaville.” But it’s the anthem of Parrotheads and party-goers around the world, none of whom stop to consider the irony of a middle-aged man washed up in a world of bright colors and peppy music, headed nowhere and not giving a damn, drowning himself in the sugary sweet of mindless obliteration, knowing tomorrow the sun will rise again, whether he wants it to or not.

The people at Shaggy’s didn’t care. Didn’t grapple with questions of meaning or existence. And after a few beers, I wondered why I couldn’t be more like them. I flirted with the idea of embracing the shallow, salting the loneliness to make the bitter go down more easily, but it’s not my nature. Instead, I made the 24-mile drive from Biloxi to Bay Saint Louis and back again, trying to pass the time until it was a decent hour to return to my hotel.

When the hour was late and darkness blacker than any night I’ve ever seen, I drove with the windows down back to the Holiday Inn. I dragged myself through the lobby and down the shiny-floored hallway, stopping at the end. The lounge was full, Christmas lights twinkling in the laughing people’s glasses, Jimmy Buffett singing another happy song that’s only happy if you don’t listen to the words. I thought about going inside, slipping into a far corner, becoming someone else for a while. But I didn’t really want to.

So I went back to my empty room where the key card didn’t work and my door wouldn’t lock. I sat in the middle of my bed that was too big and gazed at the lamps that were too bright. The girl in the mirror looked dark-eyed and haunted, so I turned away, shivered in the cold, and finally answered the ringing phone.

I cried. I stumbled for words. I cried some more. I spun incoherent memories fueled by too much alcohol — a rambling narrative of my life punctuated by paroxysms of gasping breaths. And still I kept coming back to the same handful of words — I’m lonely. I’m so lonely here.

But the voice on the other end was unperturbed by my near-hysteria.

“Do we need to come down there?” he asked. And I knew without question that they would. They’d throw my stuff in the car, take me out and get me trashed, and bring me home, though I don’t understand why.

“Not unless you’ll let me lay my head in your lap while you stroke my hair. Comfort me. Seems like all I want anymore. Don’t know why I can’t hold my shit together.”

“Think of your friends that care for you dearly here. Easy no-brainer choice.”

The night grew late and later still, and finally I wore myself out, gave over my defenses and agreed to sleep on an argument I wasn’t winning anyway, an argument I suspect the WT would have told me I couldn’t win because I wasn’t meant to. Not yet. Not now. Maybe not ever.

Music: For the first time in my life, there’s no soundtrack for this. And that speaks volumes.