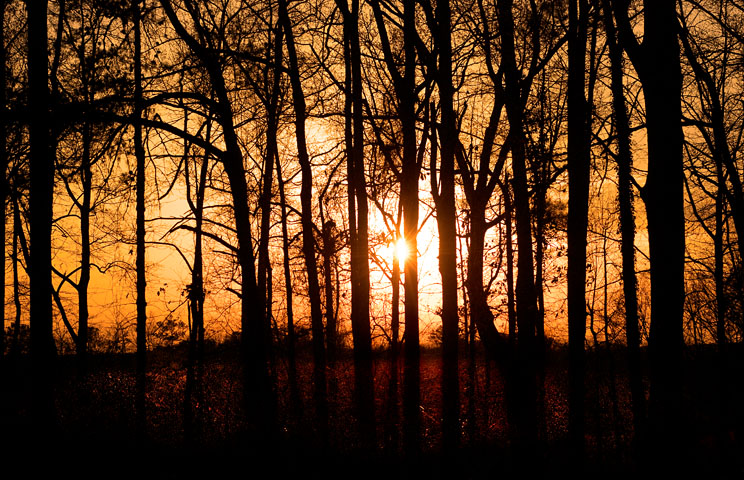 She laid her head against the stallion’s neck and closed her eyes to the sting of dry meeting wet as waves of dust rose from her horse’s thudding hooves. It seemed like she’d been heading north forever, days, decades, hell, maybe centuries. Time was immaterial out here, a necessary inconvenience. The beast beneath her slowed, and she didn’t fight it this time, let him pull to a quivering, blowing stop, heaving chest to heaving chest.

She slid from her saddle and sank to the ground, the wildness spent, leaving nothing behind but a few muddy rivers along her cheek. She fumbled in her duster for the gold Zippo the cowboy had given her, then drew the Marlboros from her pocket and flicked the flame to life. She took a long drag, sucking in the happiness and the sadness and the in betweenness and exhaling it all into the cloudless sky. A cowgirl doesn’t cry, he’d said, and she’d spat in the dirt and nodded. She slid her hand down her side and smiled as her fingertips brushed the .45’s grip. Cowgirls didn’t cower in fear either.

When the first cigarette’s heat skimmed her fingers, she pulled another from the pack and touched tip to flame again, watching the smoke curl. Such a desolate place out here, no one around for miles. The cowboy had already been proven wrong once. Who would know if he was proven wrong for another five minutes or ten or three years or fifty. Some things just hurt like a bitch, and that was the way it was. Guns and smokes and endless horizons only got you so far. Eventually, you had to look over your shoulder and acknowledge the chasing darkness.

She sat up and snubbed her cigarette against the heel of her boot. There was another way. Every trail went two directions, sometimes more if you pushed past the weariness and against the pain to see what lay beyond. Cowgirls don’t cry. Like hell they didn’t. No reason to mar the myth though.

The acrid tang of fresh blood clung to her body, a grim reality no river could erase. If she let herself, she could fall into that sodden memory. It would be so easy. She shifted on the hard ground, groaning slightly as a flash of pain swept through her middle and up her spine. Every muscle ached, every bone a thousand pounds sinking. The earth was shifting beneath her, sucking her into a yawing mouth, enticing her with a silver-tongued promise of relief.

Stop it right now, she heard the cowboy say.

Yeah. It’s my life, not yours. Another cigarette bit the dust and she dragged herself to her feet.

Yeah. I’m serious too. I don’t fucking know what’s next. They’d gone over the map every day forever, but she hadn’t counted on nightfall coming so soon. She gazed into the northern sky and watched an early star shine brightly for a moment, then free fall to that place wherever stars go when the day is done and dawn still sleeping. The sun lingered in the west, seeping through the winter-bent saplings and just touching her boot tip. Cowgirls don’t fucking cry. They just don’t. There’s no time for it.

Had he spurred his horse — the match to hers in size and strength, different only in color — had he spurred his horse ahead, waiting for her to follow? Or had he stopped in some nameless town along the way — out of sight, out of mind, cowgirl? The setting ball of fire offered no answers. Whatever had gone before, whatever lay ahead, one thing was for damned sure — here wasn’t there and there wasn’t here and if she tarried here too long, it would be too dark to find her way there. Nothing to do now but put a sure foot in the stirrup and chase what little light was left.

Cowgirls do cry, but not for fucking long, cowboy. Got shit to do. And then she smiled. Lead or follow, didn’t matter. All she had to do was hang on tight and ride as hard and as fast as she could towards the west until the dry Kansas heat smothered her fear and burned the tears away.

Fuck you, cowboy, she whispered, and somewhere in the gathering dusk, above the canter to gallop, she saw him smirk and heard him whisper back, Fuck you too, cowgirl. See ya in Independence.

Music: In the Dark by Billy Squier (lyrics)