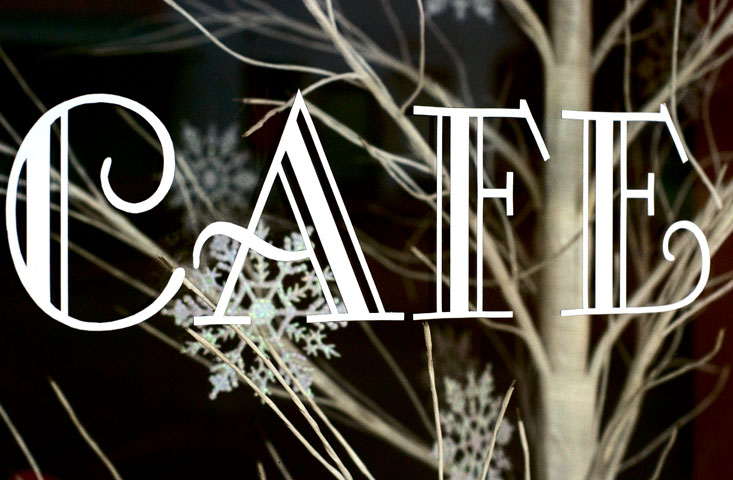 Things rarely go like you plan. Dreams go awry, situations spiral out of control, life literally blows up in your hands. Not much you can do about that other than pick up the pieces and keep going.

Case in point: this image. I’d spent a while working on a project spotlighting small town Christmas window displays. I Photoshopped an entire folder and for some inexplicable reason, trashed it while cleaning my hard drive. I’d wanted to make a nice Christmas slideshow, but it wasn’t to be, like so many things I hoped for this Christmas.

Things are what they are, he used to say, and he was right. Sometimes things just are. You can stand there staring at the pretty things in the window, or you can break the glass and take as much as you can before life catches up with you. It demands courage. Strength of will. Confidence. And a brazen determination to have the life you want at all costs.

If I’ve ever had it, if I ever will have it, this is the year. The heist is up, and it’s time to cut and run or face the firing line and shoot back. Only two choices, the former a coward’s way out, the latter an almost unfathomable feat. But I’ve never been a quitter. Never. And I intend to become the person I was meant to be.