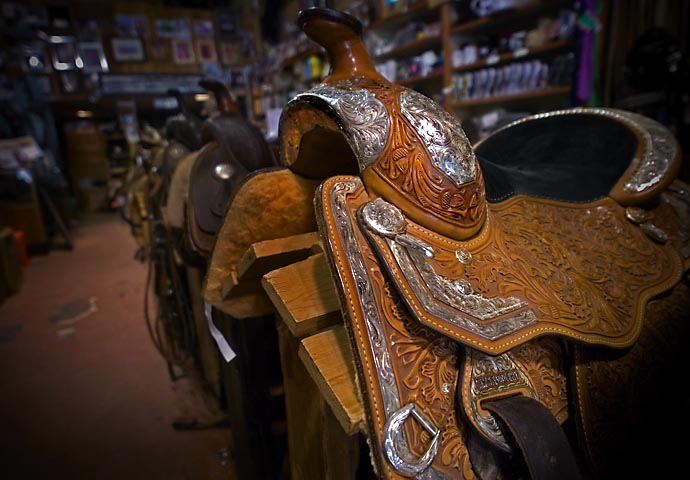 She closed her eyes and let herself be swept away, passive dreamer no longer. Yes. This was the one. This one would ride hard and well, her body molding to it, sweat glossing in a fine sheen. This one would take years to break in but a lifetime to forget. This one would cost far too much but be worth far more.

Decision made, she strode quickly to the bridles, drawing the long leather straps through her hands. Absently, she raked the butter soft reins along her lips, between her teeth, testing the strength. The boy was good at his work, she’d give him that. Slowly, methodically, she made her selections, dropping each on the counter before returning to the shelves. Boots. Calfskin gloves. A long leather duster. A braided whip. He raised an eyebrow, and she smirked.

Returning to the saddle, she laid her hands reverently upon it, one hand resting on the horn, the other resting on the seat. The cowboy’s expression changed.

“Sorry, ma’am. That one’s not for sale. It’s a showpiece,” he stammered apologetically.

Ducking her head and letting her hair fall across her eyes, she tried to hide the flash of disappointment. It was a fine specimen — the best she’d seen. It wasn’t meant to lie in a dusty corner day after day. It was a work of art. A treasure. Built to be used hard and well. Built to be loved.

Sensing her dismay, his tone softened. “C’mere,” he said gently. “I’ve got an idea.”