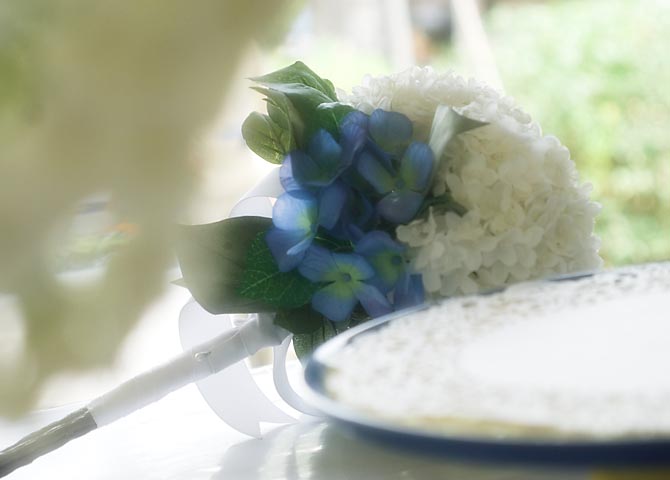 No one notices. She’s good at this. It’s the first rule of being a superhero girl, and she’s got it down cold. Drifting through the smiling faces, she wills herself into blankness. The smile they see is not hers but merely a vestige of their own joy reflecting in her dark pools.

Her fingers seek, then find, the comforting outline of a shoulder as she passes, leaving an imprint of the words that will not be spoken. She will not pause, will not linger. It’s not her way. If she needs — and God does she need — she will barely flick her fingers. Certainly she will not grasp, cling.

But the trembling hands, they betray. As she walks through the throng of wedding well-wishers, touching this, brushing that, she is dragged into a tactile abyss. The rough-smooth of a button-down on a hot summer day, the moist-velvet of a white hydrangea in the flush of bloom, the hot-cold of ice meeting sweat-drenched skin. And with every sensation, their faces come to her one by one — the men she has loved, the men she has wanted, the men she has feared.

But mostly, the ones she has loved.

His world was white, she thinks to herself. Of light and of bright. Like a pure element, far too pure to exist outside a sterile, controlled world. White like the flour they threw across his perfect kitchen. White like the rain that fell, the snow that fell even harder.

His world was blue, she thinks. Blue like the water that drew him like the Sirens’ song. Blue like the eyes that flashed when he smiled. Blue like the shirt he left behind, still carrying his shape, his scent — all salty ocean and deep green forest.

Her fingers seek, then find, the unfamiliar stems, wrapped in satin ribbons and meant for another girl’s hands. In silence, she bows her head. If tears are to fall — and they are — they must fall quickly. She will not sob, will not allow a whimper of misery to rise. This too is not her way. If she misses — and God she does — she will barely let a whisper cross her lips. Certainly she will not beg, plead.

Her world is always clear, she thinks. Transparent like the words she casts, diamonds among chunks of coal. Glassine like the pools that shimmer in the depths, never too far away. Invisible like smoke on the wind, here then gone.

Wallpaper. Background noise. Scenery. A superhero, out to save the girl.