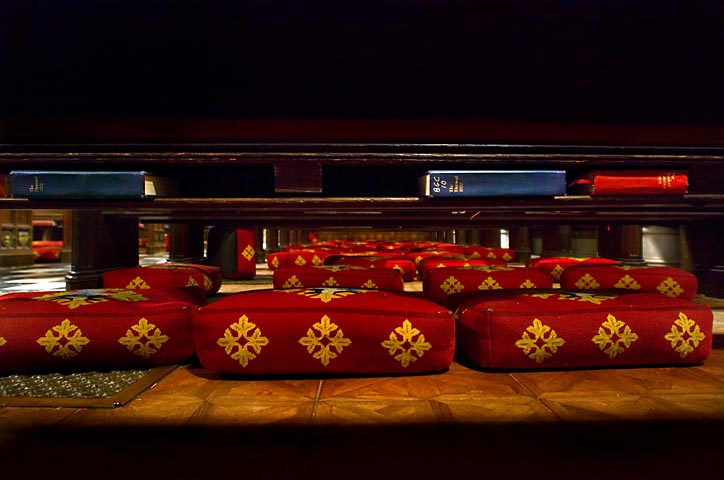 Spent a happy afternoon with the WonderTwin yesterday, wandering the hills of Valley Forge before stopping in century-old Washington Memorial Chapel.

For everything we have in common, we’re completely different shooters. He’s careful and neat. Slow. Methodical. I shoot first and think later, firing off 30 frames as he lines up his first shot. While he’s pulling out his tripod for the rock-steady perfect exposure, I’m throwing myself belly-first on the floor, satisfied with a faked out semblance of stability. We tease each other a lot for our differences in shooting style, but beneath the sarcasm lies a heavy dose of respect.

We don’t have to shoot the same, don’t have to sling words with the same rhythm, because whatever we do, wherever we are — from driving and listening to music to sitting around the kitchen table with his family, getting smashed on white wine and laughing until we can’t breathe — we’re always on the same page, grooving the same rhythm.

We’ve laughed and cried, been serious and been silly-stupid. WonderTwins are like that. It’s a good thing, and sitting in my Pennsylvania bedroom, painted especially for me with one of my own photographs hanging on the wall, I feel so very, very privileged.

Music: Down in the Valley by Little Axe (lyrics)