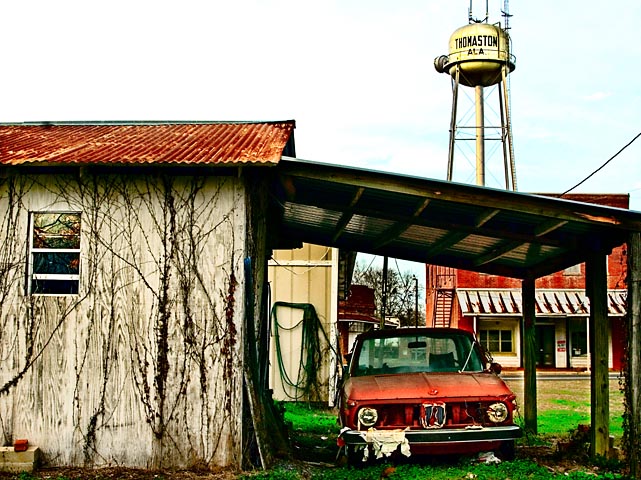 Sitting on a faded red milk crate, I peeled back the wrapper of a Milky Way Midnight bar and surveyed my domain. Not much had changed since the last time I was in Thomaston. Its permanence is at least part of the appeal. Here, in this rusted world, I can hold my life up to the rear view mirror and figure out the next step.

That’s the theory anyway. Sometimes I even believe it.

Dark chocolate coating my tongue, I ripped open a bag of cherry sours. The combination of the two is a good one, reserved just for road trips. Chewing slowly, allowing the flavors to mingle, I worked through the first third of the bag methodically, emotions blunted by the sugar. When most of the chocolate was off my molars, I cracked open the A&W, swished it through my teeth and spat on the ground. Mama would hate to see me do that. Then again, what’s a road trip for if not to do at least one thing out of character?

This was always my favorite part of the ritual, so I didn’t rush it. Taking three cherry sours between my teeth, I ground them into a liquid balm of syrupy sweetness, then took a swig of root beer, delighting in the sharp fizz-tang of sour meeting carbonation. Good stuff, this bizarre Southern repast — just odd enough, just “me” enough, to elicit a smile.

It might not have been whiskey and Coke, but sitting under a big shade tree, gazing at the battered front of an old BMW, it felt right. And for the moment at least, that was good enough pain killer for me.