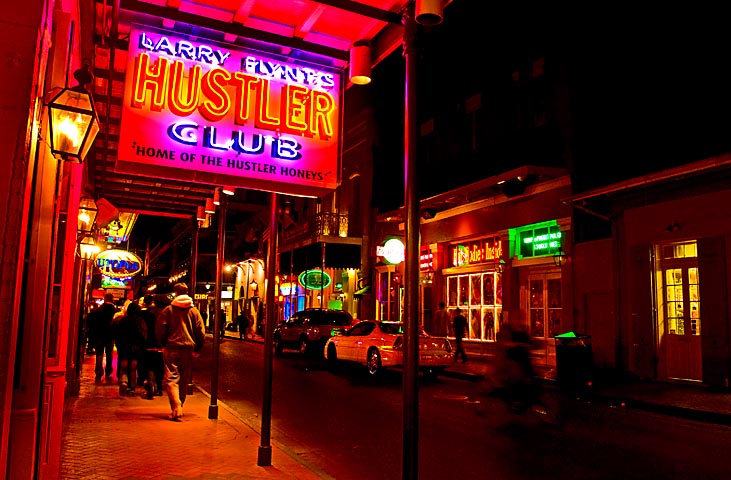 Though the streets were filled with music spilling from every techni-colored portal, I was mostly alone as I took a late night stroll along Bourbon Street. I had planned to eat supper at the infamous Felix’s but found it closed, planned to buy a souvenir but found the young clerks too bored to take my money. The French names whispered and the wrought iron railings made me wistful, but mostly I just felt out of place in this discordant world of old booze, old sex, old buildings, and young women.

The few people who made eye contact quickly looked through me. One asked for a dollar, one informed me that lap dances were half price for the night. One leather jacketed bouncer directed me to an ATM after leaning against a wall, smoking as he watched me repeatedly hail cabs, only to be turned down because I had no cash.

In my memories, it’s raining — vast rivulets of color draining into Lake Pontchartrain from every artery. No matter what season I return — if indeed I ever do — I think it will always be so for me. Another city, another empty longing. The color is there, but the life is gone.

Note: For those who are interested, the story that took me to Louisiana, “Write a book in 30 days. What a novel idea,” can be found in today’s Christian Science Monitor.