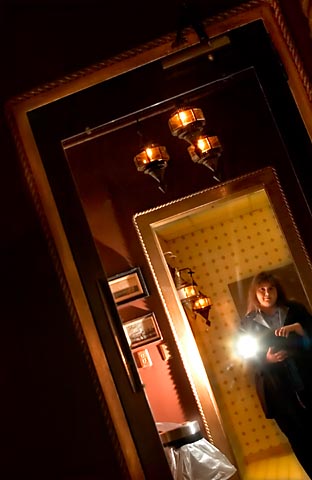 “When you decide enough is enough,” he replied.

Somewhere on a muddy football field in Alabama Friday night, a girl inside of me, a girl I haven’t seen in a while, decided she’d had enough. That same girl got dressed tonight in the kick-ass Boston clothes and strode into NorthRiver Yacht Club like she owned the place.

It was a typical party — a big event that used to make me nervous, but not tonight. Not when I realized I was an hour early, not when a mentor glossed me over and absent-mindedly dismissed me, not when an organizer criticized my paper and told me she wouldn’t hold her breath waiting for coverage. I shot hard and I shot well. The focus was spot-on, as was the exposure. I smiled and shook hands, made small talk and mingled. A quick trip to the posh bathroom confirmed what I already suspected — my eyes were wide and shining — the haze was gone. I was back on top and I knew it.

The usual wrong things are still wrong. There is the car that just cost $600 to repair and threatens to cost even more in the weeks to come. There are nagging problems at home and stresses with the family. There is the ever-present financial strain and the worrisome health issue that casts a pallor. There are a thousand things that I’m trying to carry alone, secret shadows that dog my steps. And of course, there are the old demons to fight, the old dragons to slay.

But when I looked in the mirror tonight, I didn’t see any of that. I saw a confident girl wearing pinchy shoes and a sad, wistful smile. A strong girl who knows she can beat most any odds stacked against her because there’s not much she hasn’t seen. She looked determined. Resilient. So just for the heck of it, I took her picture.

I’m going to need her in the coming weeks.

Music: Der Kommissar by After the Fire (lyrics)