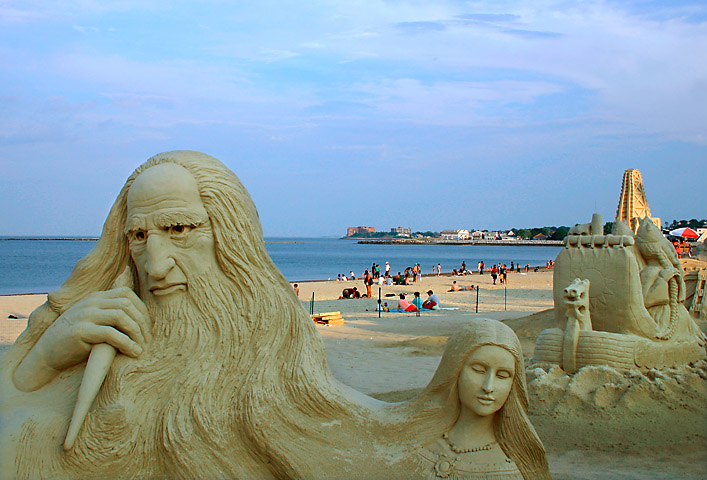 Spent the day at Fanueil Hall and Quincy Market, finishing the day off at Revere Beach. After being in the city for two weeks, it was wonderful to see surf and sand. It was also cool to dip my toes in the Atlantic Ocean on what is touted as America’s first public beach. Perhaps most impressive though were these amazing sand castles. Apparently, the beach had a contest July 13-16, the 2006 New England Sand Sculpting Invitational.

After two weeks, I can say that I’m starting to know the city pretty well. Spent much of yesterday in Cambridge, wandering around Harvard. Got moderately trashed at Grendel’s Inn, strolled Harvard Yard, hung out in the square and people-watched a while. And today I was actually able to help someone else navigate the T. I’m getting good at this city thing, I think.