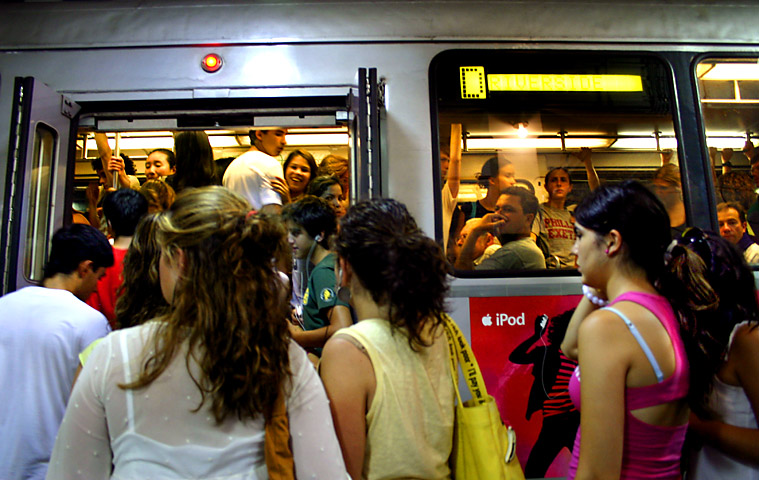 The rumors are true — the subway in Boston, known as the T, is extremely safe, clean, efficient, and easy to understand. It’s also extremely crowded with Boston College students at night. Once you figure that out though, it’s all ok. You just have to start making your way to the door well in advance of your exit. Otherwise, people will literally push you out the door or block your way.

I’ve enjoyed most of my trips on the T though, so much so that I recently plunked down $20 for tokens. That should last me a while. I tend to take the T at least twice a day somewhere. Sometimes I take it even when I don’t have anywhere to go. I just ride it to the end of the line, then turn around and come back. It’s peaceful late at night, especially with a good song on the iPod. An iPod is critical to survival in this city though, and I almost always have my headphones jammed in my ears. It just makes life more bearable.

Oh, and before anyone asks, yes, I did get on this train. I just held my breath and closed my eyes. So much for fear of strangers.