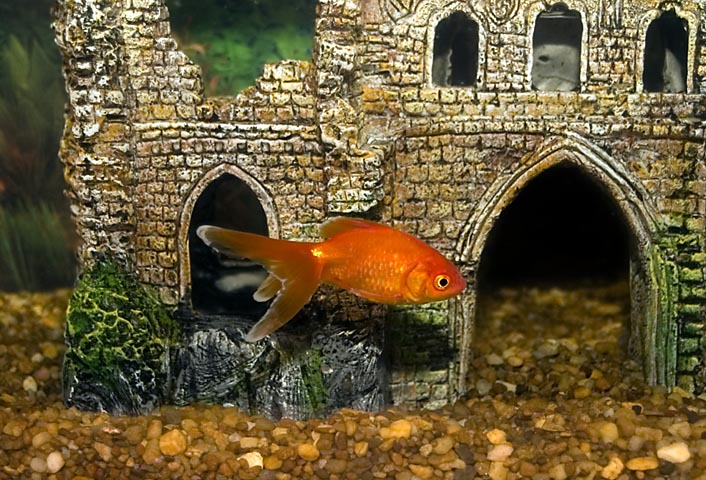 I’ve always had goldfish, even when I was a little kid, but I’ve been without them for several years now. A few weeks ago, I decided to drag out the tank and start again.

This is one of the new fish — not sure if this is Itchy or Scratchy. They kind of look alike. I really should take another picture.

This one was taken right after we got him, and he still had his fins clamped down from a near-brush with death (I managed to kill two other fish that were in the same bag with him — not to self, air important — but he survived and I bought two new fish.)

As for the other fish, Algae Dude, well, he bit the gravel last night. Seems you actually have to feed those things, especially in a new tank. A midnight run to Walmart for algae wafers wasn’t enough to save him.

I feel badly. I’m rather hard on fish.