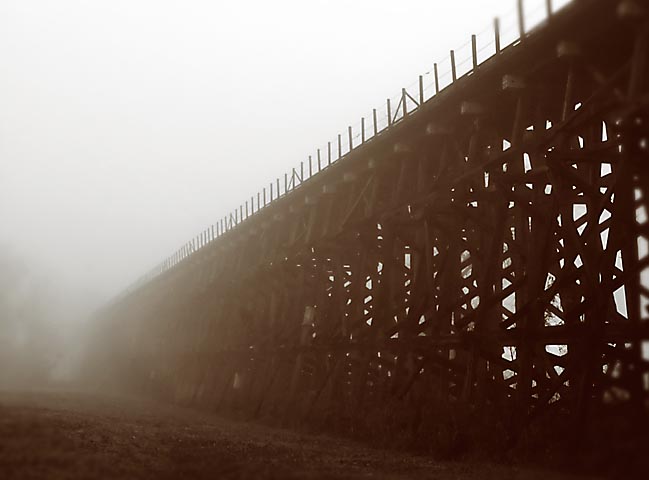 Point of no return

Maybe it was the memory that dogged me all day long.

Maybe it was the incessant gray drizzle that fell outside my window.

Maybe it was the realization that someone else had been given something I wanted.

Maybe it was the understanding that something I wanted was never to be.

Maybe I was just over-tired, over-stressed, overwrought. Worn down by the sheer dread of doing something I didn’t want to do. Never wanted from the moment it was presented to me.

Whatever the case, I finally reached a decision, and though I don’t really feel it, I know in my heart that it was the only decision that could be made.

I thought I would feel free. Easy. Relieved. I thought it would lift the cloud from my head.

I was wrong. I lost something somehow. Something I can’t quite define. A whisper of hope maybe.

And I can’t help but feel like I just burned my last bridge. Slammed a door closed forever.

I could have been a writer again. And I just sent it all up in smoke.

Music: Center of the Sun (Solar Stone’s ChillOut Remix) by Conjure One (lyrics)