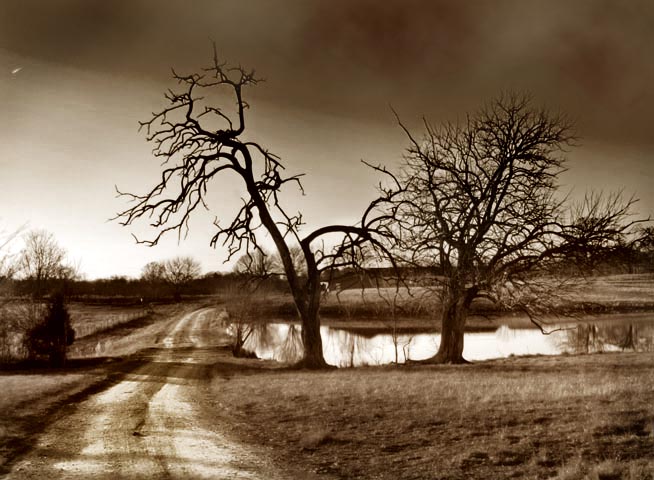 Spitting into the cracked porcelain, I made a backhanded swipe across my mouth and raised my eyes warily to the mirror. Cringing, I turned my head. Hair of the dog that bit me, indeed. Just as soon swallow a pail of rusty railroad spikes as ever find myself opposite a bottle of tequila again.

“A couple of centuries and few thousand miles from here, I’d be frying up a canary for you right now,” said a voice from the doorway.

Digging my nails into the edge of the sink, I hung my head down and fought the urge to lose the supper I hadn’t eaten. With every ounce of concentration I could muster, I counted the black and white hex tiles on the floor.

“Paris doesn’t exist,” I snapped. “Never did. Who the hell are you?”

“That’s not very charitable given as to how I saved your sorry ass last night,” he said, ignoring my question. “If it wasn’t for me, you would have ended up being some cowboy’s horizontal dance partner.”

Lifting my head slowly so as to not invite the earth to move, I found myself staring into a pair of eyes browner than my own. The words caught in my throat, and I turned my face to the wall. Damned tears.

Somewhere outside, someone was strumming a guitar. A sliver of sunlight sliced through the dingy pane and landed on a razor blade lying among the cobwebs in the windowsill. The steady drip of the faucet gave the uneasy impression of a clock ticking. Time wasting.

I’d already been here too long, that much was clear.

Again I tried to speak, and again, the words died on the back of my tongue.

“The answer is no, if that’s what you’re looking for,” he said. “You smacked hell out of me.”

An easy smile spread across his face, and I found myself almost wishing he’d recant.

“Actually, you were out like a light before I ever got you up the stairs. Kept me awake with your snoring. The way I figure it, you at least owe me breakfast.”

Glancing down, I realized I still had a death grip on the sink. Ever so slightly, I relaxed my fingers and turned to face him. Tall. Slender. Ripped jeans. White tee shirt. My head was as muddy as the Mississippi River, past and present tumbling together as I sifted through the pieces, trying to retrace my footsteps.

“You DON’T sleep normal — I’ll give you that. Sleep more like a nervous dog, one ear up, half-snoring, snarling all the way,” he said.

And then softly, “Who’s on your tail?”

“No one I can’t handle,” I said, brushing past him and heading to the kitchen. “You got a cast-iron skillet?”

Skeptically, he leaned against the doorframe, arms folded, one dirty Timberland crossed over the other. “That Colt you’re packing would work better,” he said finally.

“Not unless you want your eggs scrambled,” I said. And for the first time in a long time, I smiled.

If I let myself, I could imagine running the back roads, dust flying as we sped through the summer dusk. High-happy and stone cold sober, we’d sing off key until our voices gave way, and when there were no more words, we’d ride in the comfortable kind of silence that comes from knowing where you’re going and not caring when you get there.

First things first though, breakfast. Then I’d cut him loose and be on my way.

[NOTE: Yes, kids, this would be fiction. Any resemblance to real life is purely intentional. And yes, for those who recognize it, this is part of this. As for the story, I began writing it some time around 1976. It’s a work in progress.]