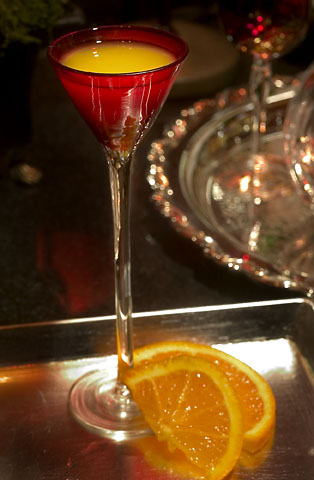 I’m hard on myself, hard on my car, hard on cameras, and hard on men. By the time I let something go, you can bet I’ve taken it for a good spin and gotten more than my money’s worth. I was born that way.

So it should come as no surprise that — once again — I find myself without a computer. I have killed my beloved PowerBook for the second time in our two year love affair. This time, the trouble seems to be the power plug. Apparently, according to the Not Very Helpful I’m Going To Be As Much of An Asshole as I Can Be CompUSA Apple Tech, the power plug caught on fire at some point while it was in my computer, thereby soldering itself to the power port. And what great sin did I commit in order to wreak such havoc upon an otherwise wonderful machine?

I left it plugged in.

Well actually, I think he mumbled something about someone perhaps spilling Coke or some other such viscous substance into the hole. Um, yeah. Right, dude. One, if I were interested in electrocuting myself, I could come up with something WAY more creative, and two, that would be an incredibly STUPID thing to do. On further insepction, he determined that Nicholas may have damaged the Way on the Other Side Power Port when he replaced my Way on the Opposite Side and Not Even Remotely Related Hard Drive last year.

Then, to make matters worse, he didn’t even pat my hand or offer condolences as he whisked my beloved machine into a box. He could have at least asked its name. I had a moment of hope when he asked for its password, but then I realized he asks all the girls that. It saves time and avoids anything unpredictable and potentially messy like feelings or, God forbid — foreplay. I pondered for a moment making him grovel for the answer but decided against it as I’d like to see my computer again before Steve Jobs renders it obsolete at the MacWorld Expo.

That, and, I was sadly very sober for this experience. By the end, I was almost wishing I had accepted the mimosas that were offered to me at my shoot earlier that morning. Our Not So Friendly Tech might not have cracked a smile, but I’m willing to bet he would have never forgotten my face — or my computer’s name.