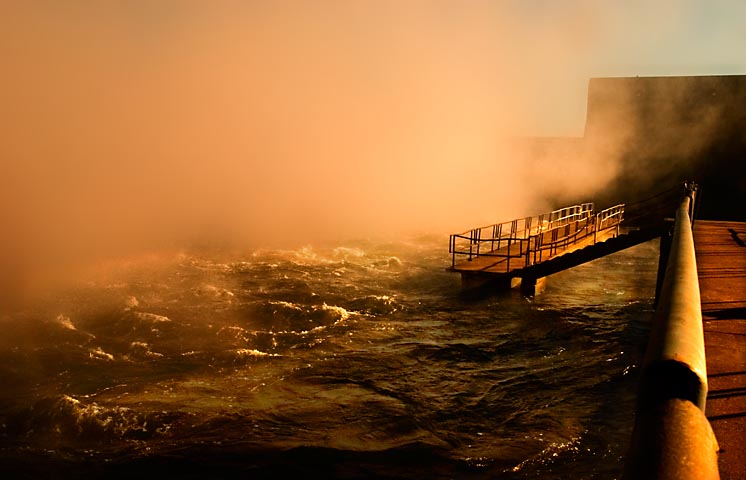 [NOTE: Thanks to all those who made this a Photo Friday Noteworthy for Sept. 23, 2010.]Nine days since my heart stopped beating.

The sun still rises, the waves still crash, the earth still plods in its meaningless orb. I work. I write and I shoot; I wash dishes and fold laundry. Tend to the minutia of this pale shadow that is my life, forever divided into before and after.

Everything is tinged with a surreal sense of inertia, a silent, sterile world where nothing really touches me anymore. Slowly, carefully, I tap out messages to friends. An emoticon here, a clever phrase there. Do I look okay? Maybe I need an exclamation mark. No. That would be too over the top. I never used exclamation marks before. No reason to start now. When I was an editor, I liked to tell new reporters that exclamation marks were only justified if the writer was on fire, and even then one would suffice.

There is no fire. Only the charred remains of a wasteland.

Life seems suddenly filled with an unbearable level of inanity. I stand at my window and watch the neighborhood children playing. What once seemed cheerfully quaint now seems unbearably grating, their laughter as shrill as fingernails on a chalkboard. Store clerks loll on dirty countertops, popping gum and hooting uproariously as they swap gossip. Occasionally, one tells me to have a nice day. Rarely do I even mumble a reply. Most of them have turned their backs by the time I find the words anyway.

My mother calls and asks me what I would like inscribed on Boogie’s headstone. The paper calls with the photo requests for the weekend. A neighbor stops by with an armful of plantation shutters and installation instructions that are too involved for me to grasp in my present state of detached ambivalence.

Shell-shocked and blanketed in the ever-present Xanax fog, I marvel at the words I hear leaving my mouth so easily. My cat. Boogie. He died last week. I have seven cats. No. I have six cats. I have six cats now. He was 14 years old. He had been sick for a long time. He died in my arms. I watched him die.

The juxtaposition of nouns and verbs seems strange to me. I have the unreal sensation that I am speaking a foreign language. The sentences come out too high, a bit too loud. Breathlessly, I force laughter up past the gaping hole in my chest, over the swell of my rasping tongue. People smile and nod, but I can see that they don’t understand, so I keep my words to myself, tuck them away where the fragile feelings won’t be trampled.

And as unfair as it seems, life goes on.