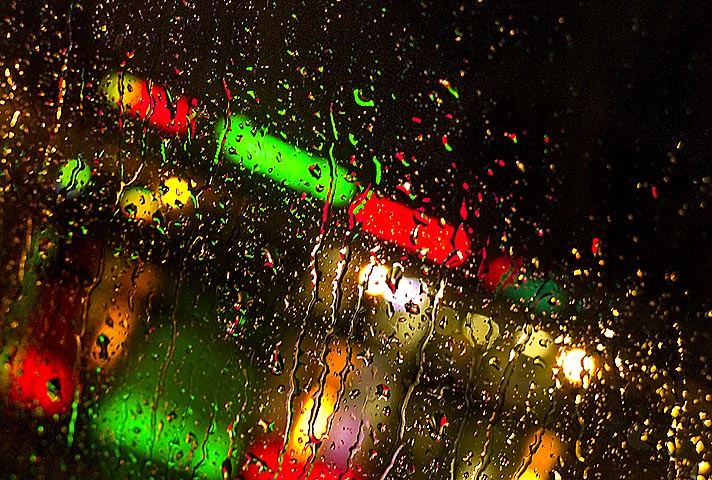 It is a little after 5 a.m. and all is calm here in Tuscaloosa County. The rain has stopped for the moment and there is an eerie stillness to the air. It seems like the entire state of Alabama is holding its breath, awaiting the arrival of Hurricane Dennis.

Growing up in Mobile, I have lived through plenty of storms. The names run through my mind like a litany, memories of my life in this state — some good, some bad, some vivid, some hazy.

Ask anyone and they can probably tell you a good hurricane story. Ask them where they were during Hurricane Frederic and watch them get that faraway look in their eyes. Frederic. Yes. I remember. We all remember.

It was Sept. 12, 1979 and I was five years old. I had just started kindergarten and my mama was taking me to school that morning. When we got there, the parking lot was empty. A teenager said a hurricane was on the way.

I can still remember how the gravel flew as mama whipped the car around and spun out, heading at break-neck speed for my grandparents’ house near Dauphin Island. I must have been excited, must have been chattering too much, because I can remember her rebuking me sharply. I didn’t speak again for the rest of the drive, just stared out the window at the boiling gray-green clouds and pondered this new phenomenon.

The next few hours were a flurry of activity. My job was to criss-cross the windows with duct tape in the hopes that it would keep them from shattering. Every once in a while, I would look up from my work, feel the strange hot-cool-hot-cool gusts of wind lift my hair and play along the back of my neck, sending tingles down my spine. Rumbles of thunder could be heard in the distance, and local police patrolled the streets, periodically barking orders into megaphones. Horns honked and tempers flared. Everyone was stressed and I seemed to be constantly underfoot.

But somehow, amid the chaos, I found a sense of stillness, and I liked it. Standing in my grandparents’ front yard, I closed my eyes and felt the approaching storm. I was hyper-alert, attuned to the vibration of every leaf, the rapidly vacillating moods of everyone around me. Somehow at that moment, my world made sense.

Even that night, as the hurricane made landfall, I wasn’t afraid. In the bedroom, my grandpa snored loudly and my grandma whispered prayers. In the kitchen, I stood next to my mama and watched the storm’s fury between layers of duct tape. Periodically, lightning illuminated our front yard in a ghastly green. It was by this light that we saw a tornado rip a 100-year-old oak tree from its roots, and it was by this light that we saw our neighbors’ trailer smash into ours. I remember that mama cried. I didn’t. I laughed. I thought it was the coolest thing I had ever seen.

When we walked outside the next morning, our trailer was destroyed, as was most of our yard. It took almost three hours to make it to my grandparents’ house. About a mile from there, we had to leave the car behind and begin walking because trees were blocking the road. We started out in ankle-deep water, but it was waist-high by the time we got to their house. From my perch safely atop my grandpa’s shoulders, I could see everything — dead chickens floating by, snakes wriggling in the water, boards and pieces of tin and remnants of people’s homes swirling in the murky brown depths. I was almost completely mute until we arrived at their house. Then I started screaming — inconsolable shrieks of horror.

For some reason, I thought that my grandparents’ were dead — that they had been in the house. It didn’t matter that they were standing right in front of me. My head couldn’t make the leap in logic between what I knew and what I was seeing. My grandpa fished a small toy bank out of the water and handed it to me, and somehow that little metal bank, shaped like a globe, reconnected me to reality. It gave me something tangible to hold in a shifting world of water and death. It gave solidity to something too vast for me to comprehend. And I stopped screaming.

The next few weeks were a maze of one line after the other. Price gouging and looting were rampant. National Guardsmen prowled the food and ice lines with vigilance, not hesitating to point their rifles at anyone who caused trouble. It was hot and miserable, with deer flies and mosquitoes preying on sweaty, dirt-caked bodies. Three out of every four buildings in the county had been damaged, and no one had power.

It was a strange time of destruction and togetherness, of tearing down and building again. Strangers worked side by side to clear roads and haul debris. Children ran wild, making up new games in yards they no longer recognized, reveling in the freedom of no school and too busy parents. The days were long and hot, but the nights — it will always be the nights that I remember the best.

Fireflies flitted through the darkness and the sweet scent of displaced honeysuckle hung heavy in the air. It was unbearably hot inside, so we sat in the front yard at night and listened to the sounds of our neighbors talking softly in their own front yards. Occasionally, a ripple of laughter could be heard.

“What y’all got to eat over there?” someone would call out across the inky blackness.

“Nuthin’ but Vi-eeny sausages. What y’all got?”

“We got beer! Wanna come over?”

And so they would.

Music: Play by Moby (Thanks, Justin!)

Pic of the day: Miss Brown II by Nick at Grey Scale Gorilla.