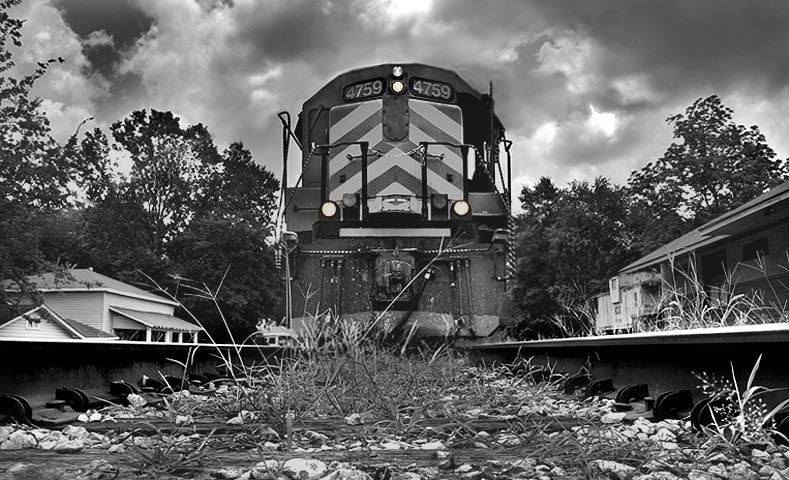 “You’re not lost,” he replied. “You’re just not going in the right direction.”

And while she personally thought that he was being a bit of a smart-ass, she had to admit that there was some truth to his words. He had never steered her wrong before — no reason to start now.

As she stood on the tracks with the hot Alabama sun beating down on her head, she knew that she was supposed to pick a direction. Any direction. Start walking and never look back. But it was overwhelming. Frightening, even. So she did the only thing she knew how to do. She stood there and cried.

Unperturbed, he sat on a concrete block nearby, leaning back against the wall of the depot and watching her with that half-smile that drove her insane.

“Never said it was,” he tossed back casually. “But if you need a place to start, getting out of the path of that speeding train might be a good idea.”

Pic of the day: “Moments Like These” by Andrew at Houser Design.