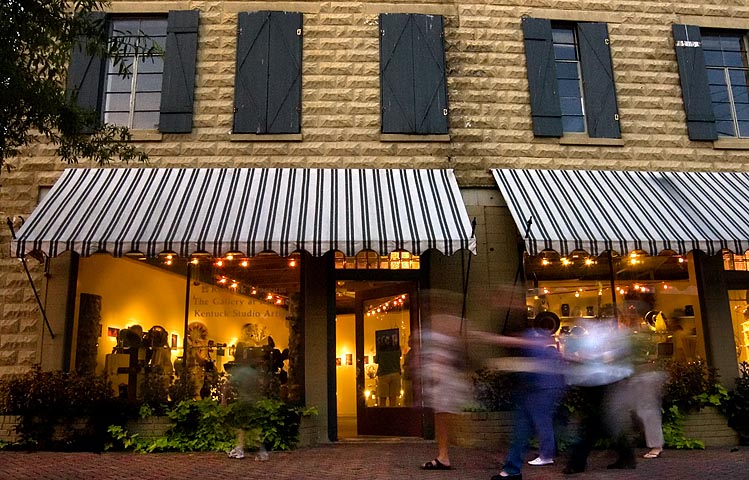 Sometimes your entire life hangs on something as small as a paper clip.

I was editor of a small weekly newspaper situated two blocks from my apartment. My days were spent interviewing people, and my nights were spent writing. As daylight crept across the sky and slanted across my desk, I would gaze out at the empty parking lot and watch the town begin to awaken. Sometimes, if I was hungry or needed a break, I would grab my barn jacket and a handful of copy and slip out into the chilly air for breakfast at the cafe across the street. Highlighter in one hand and a cup of coffee in the other, I would pore over the pages, mumbling to myself as I marked them up for corrections.

When I was finished, I would zone for a bit, watch the workers shuffle in and out and listen to their conversations. These were my readers, the lifeblood of my community. If they were talking about something, it damned well better appear in my paper the next day. I scooped the local daily more than once by doing that.

It was a good time in my life. I was writing; I was shooting; I was at the top of my game.

Then it all fell apart.

When the publishers hired a city councilman as a reporter, assigning him to cover his own council meetings, I was outraged. How could the fox guard the henhouse? Besides the lunacy of having to quote oneself in a story, how could he possibly remain objective? I argued that it was a conflict of interest and a bad idea to even flirt with the temptation of bias.

Suddenly, I found myself on the wrong side of management, fighting for things that shouldn’t have been issues, fighting against things that shouldn’t have been happening. I believed I was right. Management said I was wrong. The Tuscaloosa News published an article that made the whole situation public, and when I was called for a comment, I knew I had a choice — to stay where I was, even though I could read the writing on the wall, or to make a leap into the unknown. I spoke with abandon, shocking myself with my candor. And instead of feeling afraid, I felt clean.

The article came out on a Saturday, and my resignation was demanded Monday morning. I had committed the cardinal sin of speaking against management, and for that sin, I would be crucified. In a fog, I emptied my desk and walked away from four years of my life.

Days drifted into weeks. Publishers from across the country called and offered me jobs. I turned them down. Eventually, I stopped answering the phone at all. I went to Mobile for a while to clear my head and came back more depressed than ever. Bills spilled off the table onto the floor. Eviction notices piled up. My car was repossessed. I didn’t care. I didn’t want to write. I didn’t want to shoot. I didn’t want to live.

When I was offered a contract to shoot for The Tuscaloosa News, I jumped on it. Little by little, I immersed myself in this new world, and things were okay. I had a plan. I had a future.

And then I had nothing.

Last fall, after two years as a stringer, a staff position became available and I applied. I was turned down. It was a decision I understood, but it was a decision that hurt. A lot. And though I still shoot for the paper, it’s not the same.

The photo that you see on the site today appeared in the paper this morning. It’s nothing special, just people coming and going in front of an art gallery on the street where I live. The paper asked for a feature photo from the monthly Art Night last night, and this was one of the images I gave them.

Kneeling on the cobblestone street, trying to avoid getting hit by a car as I set up my tripod and composed the shot, I almost choked on the irony.

During my four years at The Northport Gazette, I wrote close to 300 stories about Art Night. When I wasn’t writing or shooting it, I was walking around, making small talk with the gallery owners, looking for story ideas and handing out free copies of the paper. Sometimes I’d invite a local writer for a book signing and we would fling open the paper’s doors, pouring wine by the caseload and getting more than a little trashed as the sounds of Louis Armstrong filled the office and spilled out onto the street.

Three years have passed since I left my job as an editor. Nine months have passed since I was turned down as a staff photographer. I am not sure what I am doing anymore. I stay up writing until daylight, but you all are the only ones who read it. I shoot when I am called, but the phone doesn’t ring nearly as often as I would like.

And then there are the little things.

Earlier today, when I went to drop off an invoice at The Tuscaloosa News, I absent-mindedly pulled an assignment sheet off the clip where the former photo editor used to keep my assignments when I was shooting almost every day for him. Looking down, I realized it wasn’t for me. It was for someone else.

The new photo editor has his own system, his own way of doing things. The paper clip means nothing to him, but to me it meant everything. It gave me a place in the world when I had nothing. A dream. A purpose.

And now my clip is empty.

Music: In the End by Linkin Park (lyrics)

Pic of the day: “Red Passion” by Pablo at Round Here and “Fuzzy” by Ocean at Tidal-Pool-Reflections.