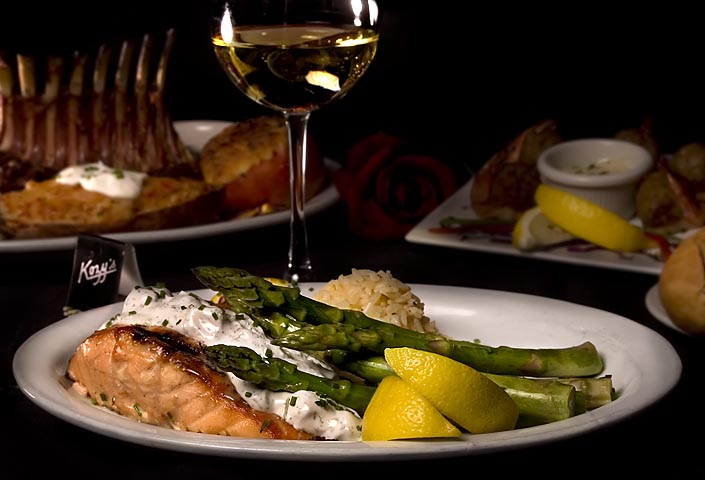 I feel kind of guilty even posting this photograph, because technically it isn’t mine; it’s Porfirio’s. I just happened to be the one who tripped the shutter.

We spent three hours last night shooting photographs for a local restaurant advertisement. His client. His shoot. His vision. I just came along for the ride, helping carry equipment, set up lights, position food, etc.

In return, he was kind enough to let me take a few pictures when he was finished before we took down the lights. He has always been that way. Whatever is his is mine. All I have to do is ask.

When I was a young photographer working for a competing paper, it was Porfirio who loaned me his flash on a day when mine stopped working.

When I became an editor, it was Porfirio who stood on a hot football field with me and asked me what I was doing with my life, offering me a job which I have kicked myself many times for not taking.

When I quit my job as an editor and sat on my bathroom floor thinking my life was over, it was Porfirio who called me at my lowest moment and offered me a new life — and a freelancer’s contract.

When I made the switch from film to digital, it was Porfirio who patiently sat in the galley of the old T-News building, setting each of the custom functions on my camera and explaining their meaning.

When I had to walk down into a steep ravine late one evening to shoot a dilapidated storm shelter where a dead body had been found, it was Porfirio who answered my frantic phone call — driving as fast as he could to get there just to walk beside me so I wouldn’t be afraid.

When I got my first big commercial job, it was Porfirio who loaned me his White Lightnings and showed me how to use them.

When Porfirio left the paper and moved to Miami, it was me who fell apart because I missed him so much. And when he moved back to Tuscaloosa, it was me who couldn’t wait to see him return.

I wonder sometimes if there are moments we share that he will never forget. I remember so many things. If I were gone, what would he remember?

Music: Dust in the Wind by Kansas (lyrics)

Pic of the day: “Collateral Damage” by Matthes at DPChallenge.