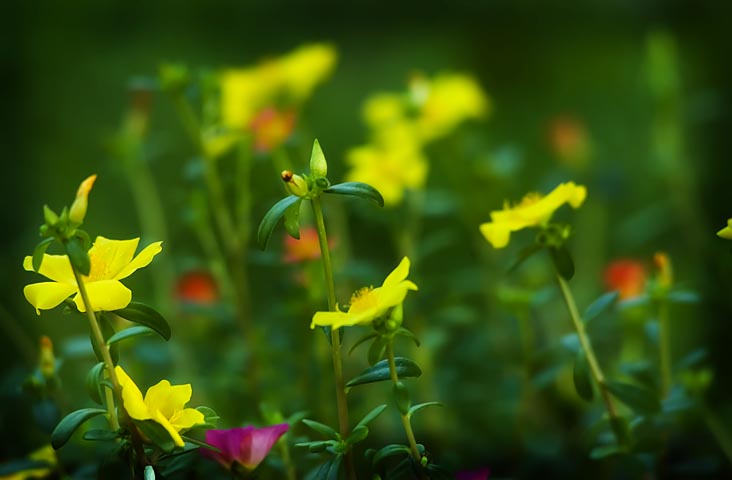 The purslane is growing thick and wild this year, spilling over the edges of its whiskey barrel and taking root along the curb that leads to my apartment.

I did nothing to encourage it. It exists whether I tend to it or not.

I spent a lot of time last summer traversing the narrow rows of the local nurseries, coming home each day with armloads of flowers. Their names were like music tripping over my tongue — purslane, portulaca, Carolina jasmine, kalanchoe, oleander, hibiscus.

But the summer was long. Too long. June turned into July and July turned into August. The plants were forgotten. The dreams were lost somewhere in the Alabama mud.

August disappeared into September and then October arrived. It was too late to plant. Winter was on the way, and I didn’t care so much anymore. Leaves gathered on the porch, filled the corners and covered the shriveled remnants of life. It made no difference to me.

November faded into December and December washed into January like so many raindrops on a cold winter’s night. February, March, April, May and then the spring was gone. There were no flowers. I didn’t plant any.

But I noticed this morning that the purslane somehow survived. Indigenous to India, it can persevere in even the worst conditions. If there are a few particles of dirt and a bit of sunshine, it will push its way between the narrowest of crevices. If there is no water, it will use the water in its stem to survive. If even that is depleted, it will use its last energy to make seeds before it dies.

I did not water the barrel, did not infuse its soil with fertilizer, did not even give it a passing glance. The seeds were planted as I slept — a survival mechanism intended to force life where there is none, spread beauty throughout an arid desert.

Centuries ago, purslane was a food crop. Today it is considered a common weed. A nuisance. Something to kill. Something to rip up by the roots and throw into the fire. In our fast-food world of perfect lawns and scripted lives, there is no place for anything that’s a little bit wild, a little uncontrollable. But what if there was?

One tiny seed could change everything.

Pic of the day: “Attractive” by Regular Joe.