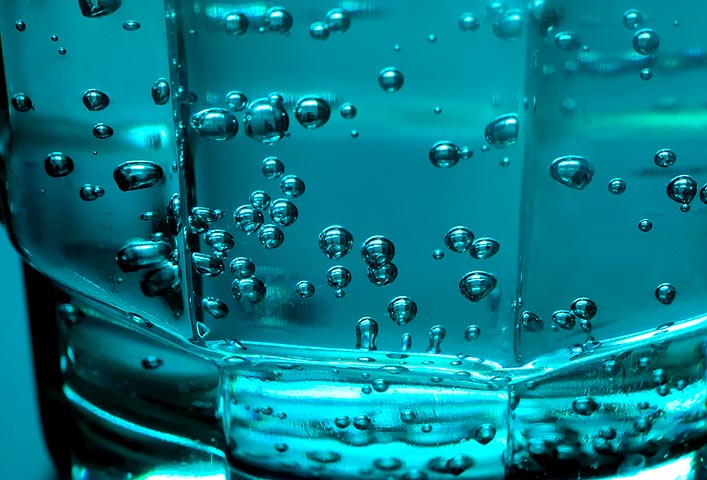 I don’t think anyone knows it yet, but photobloggers are the driving force behind our economy. Okay, perhaps not, but I have bought more than my share of merchandise due to their influence, and this photograph is a good example. It’s nothing special — just a glass of Sprite sitting on a flexible teal cutting board lit from behind with an SB-26, lit from the top with a desk lamp, and lit from the front with an SB-28. What else was I going to do on yet another boring Friday night?

Target has Dave at East3rd to thank for this sale. When I saw a set of four colored boards — pink, teal, yellow, and white — for $5.99 I remembered some of the stuff Dave had produced with his cutting boards and baking pans. And of course, who hasn’t turned their home into an IKEA showcase, or at the very least bought a bottle of Rain-X because of images like this and this from Pablo at Round Here? I suspect Alec at Shutter and Pupil has sold more than his share of graduated neutral density filters after posting shots like this and this, and he has had me lusting for a 50mm f/1.8 for quite some time since posting this shot.

It’s funny how certain products turn up again and again on sites. If it weren’t for the aesthetics, ethics, and overall crassness of it, I think photobloggers could make a tidy little income each month from coercing companies into advertising frequently mentioned products. I wonder what my product would be? Certainly my photography experience would not be the same without my PowerBook or my iPod, so I suppose Apple would get the first nod. And of course, I am rarely without a bottle of Dasani somewhere nearby. Perhaps Just Born would like to advertise on the page with the Peeps Movie (of course, I would have to erase the part where I said that Peeps are not tasty). And I have gone through phases where I could be my own walking Xanax commercial, though I haven’t taken it in quite some time, mostly because it stopped working and I was unwilling to trade eight hours of sleep for a drug addiction.

Favorite photos of the day: “Shakujii” by Toru at Still Life; “Lavender” by Kyle at euphorochrome.