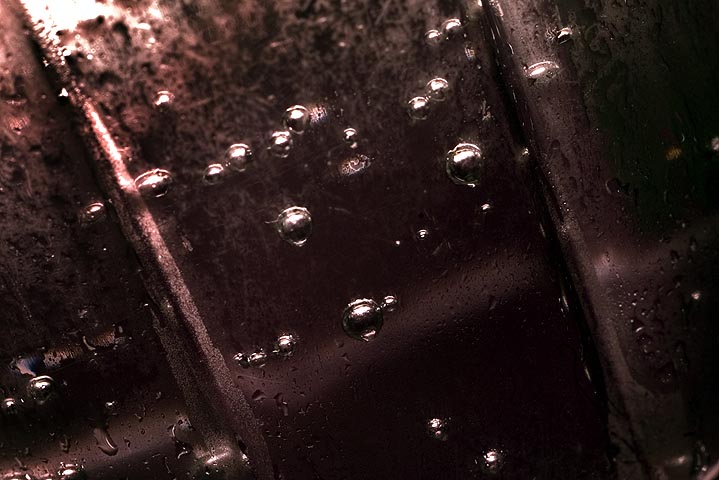 Last week, an 18-year-old local girl went on a senior trip to Aruba with 100 of her classmates. It was supposed to be a fun trip, the perfect bookend to four years of high school and bright college careers ahead. Ninety-nine students returned. One did not.

According to AP reports, she attended a beach concert, then went out for an evening of dancing. Three men that were with her at a club said they dropped her off at her hotel around 3 a.m., but security cameras failed to show her entering the lobby. She never showed up for her return flight, and her passport was found in her hotel room, along with her packed bags. Two men were arrested Sunday in connection with her disappearance, and diving teams have been searching nearby waters. A blood-soaked mattress found on the beach was ruled out as having any connection to her. A straight-A student, she had a full scholarship to the University of Alabama and planned to study medicine.

Yeah, I’m writing in past tense. And I shouldn’t be. I know I shouldn’t be. I am a journalist. Let me stress that authorities have not given any indication that they don’t expect to find her. But as time goes on, I feel that her chances become more and more slim. There was one murder and six rapes last year in Aruba. There have been two murders and three rapes this year. Those faceless numbers seem small — unless you were one of them. And it just bothers me.

Her disappearance bothers me. The statistics bother me. The things I am reading in online forums bother me. I have seen people say she was too young to go abroad, that there weren’t enough chaperones, that she should not have been out drinking, that she exercised poor judgment in leaving with people she did not know. And you know what? None of that really matters now. She has been gone for a week. It is 1 a.m. here in Alabama tonight and I wonder where she is, hope she is okay.

It is too late to tell her what she should have done. Too late to rewrite history. And quite honestly, the only person who knows the whole story of what went down that night is not here to tell us. I am tired of hearing all of the things that girls should and shouldn’t do. Yeah, poor judgment kills. But plenty of girls, plenty of women, plenty of people, do all the right things and it doesn’t make a damned bit of difference. No one asks to have their life ruined. No one deserves to be tortured. And no one deserves to have their actions picked apart by people who weren’t there and don’t know, can never know, what she lived through. If she was lucky. Yeah, that wasn’t a typo. Lucky.

Irony is a damned bitter pill to swallow sometimes.

Music of the day: When the Curious Girl Realizes She is Under Glass by Bright Eyes (lyrics)

Favorite photos of the day: F6 to F9? Who needs those keys? by Miklos at jui.cc and Rain Drops by Matt at Eggplant