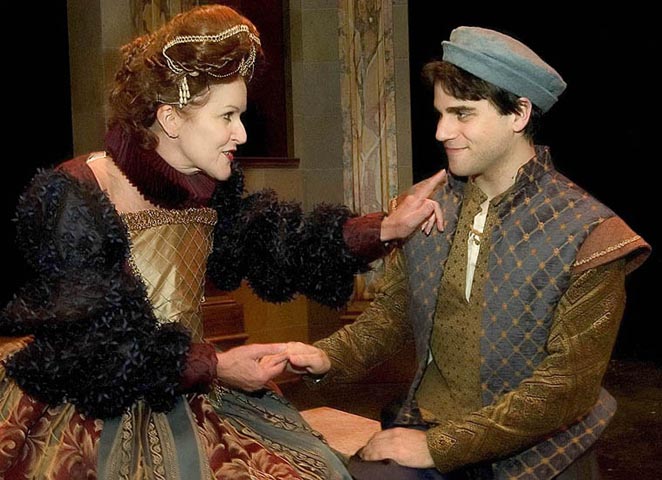 This is a fairly typical assignment for the paper, theater rehearsals for All’s Well That Ends Well, which I shot Tuesday night. If I had anything better to post, I would — I promise. Things have just been rather hectic lately. Since it is 2 a.m. and I am still wide awake, I thought I would amuse myself with a run-down of some of this week’s numbers and pointless trivia.

I have been shooting non-stop for the past nine days. I have covered 15 assignments for five clients, earning a total of $875. I have shot 1,106 images and spent more hours than I can count editing, Photoshopping, and captioning them. I have driven 620 miles and avoided three accidents, including being very nearly t-boned by a semi truck. I have written approximately 62 emails, a quarter of which were sent to the same person 😉 I have received three times that much email, a good portion of which was newsgroups and spam.

A few people think I hung the moon, and at least one person wouldn’t mind having my head on a silver platter. I spent a pleasant evening with three local photographers, committed a handful of sins, cried a few thousand tears, performed two intentional acts of kindness, and saw the resolution of three things that were causing me stress. I lost one job that I really wanted and another that I didn’t want at all.

And at the end of these nine days, I have only one true regret to add to an already too long list. All in all, I guess it was a pretty good week.

Music of the day: Iris by The Goo Goo Dolls