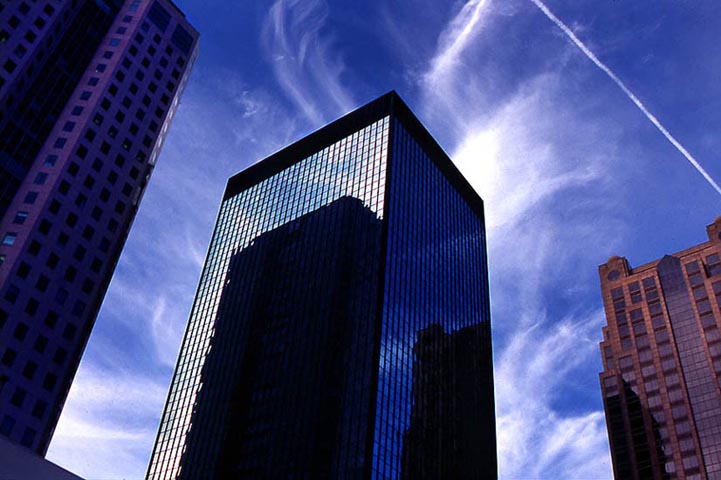 The Sky is the Limit

This is a photograph that I took in Birmingham several years ago with the super-wonderful Velvia 50 slide film. The image was part of a series that I shot on spec for a NASA brochure. Sadly, they didn’t use it, but it was exciting to shoot for them just the same. I have always had a habit of getting in a little over my head, taking on jobs that are a bit above my skill level. Sometimes it turns out well and sometimes it doesn’t. Today is no exception.

I will be in Birmingham tonight shooting the U.S. vs. Guatemala World Cup qualifier soccer match for Spanish news agency EFE, which is a wire service like the Associated Press or Reuters. I have never shot soccer, but I have a lot of very, very good people behind me and that helps a lot.

The flip side to yesterday’s post about my life five years ago is that things are much better now in many ways, especially professionally. Five years ago, I did not know very many photographers, and the ones I did know I didn’t know well. Certainly not the way I do now. But this week has been a stunning example of how time changes everything — sometimes for the better.

Earlier in the week, Dallas photojournalist Mark Hancock sent several detailed emails outlining his tips for shooting soccer and ways to profit from the photos afterwards. Yesterday continued the trend with a long conversation with local commercial photographer Barry Fikes, who was more than happy (even at 8:30 a.m.) to spend some time helping me iron out a sticky contractual issue with one of my clients.

The afternoon brought a long session with former Tuscaloosa News chief photographer Porfirio Solorzano, who not only called and offered to teach me the ins and outs of soccer, but personally drove over and sat down at my desk to draw out diagrams and pull up photos online to exemplify his lesson. His successor, current Tuscaloosa News Chief Photographer Robert Sutton graciously offered the use of his personal digital camera battery, which will enable me to use my motor drive without the battery taking a serious performance hit.

Late afternoon brought another encounter with yet another local photographer, Mark Lent, who graciously answered my plea to borrow a lens — not just any lens, but a 300mm f/2.8 Nikkor with a retail value of $4,300. He didn’t hesitate. I asked. He answered. Simple as that.

And finally, the evening brought a quick chat with everyone’s favorite photoblogger, Alec Long of Shutter and Pupil, who popped online to offer just a few words of encouragement for tomorrow’s shoot.

None of these photographers had any reason to do anything for me. I have nothing to give back to them, nothing to offer. In some cases, we actually compete against one another for work. But they help anyway. Any time I need advice or equipment, or just someone to eat lunch with, they are only a phone call away. Nice. I am a lucky girl. I am surrounded by photographers who are not only talented, creative people, but who are amazingly open with their resources and their time.

Five years ago, even though I was editor of a newspaper, my career was going nowhere. I loved writing but hated my job, missed photography but was too depressed to shoot when I had the time. I missed having colleagues and longed to do more with my career. I am not where I had hoped to be, but I am so much closer. And that in itself is a miraculous thing.

Tonight I will stand in a stadium filled with more than 30,000 fans shooting an internationally significant professional sport. Before my head hits the pillow, my photos will be hitting papers across the world. In all likelihood, I will not see them. But they will be there just the same. If I do well, it could lead to more opportunities. Or it could lead to nothing.

Tonight, when it is all over with, I will sit at Barnes and Nobles in Birmingham, drink some kind of chocolatey-coffee-type thing, and upload the next day’s pictures to this website on a state of the art PowerBook that I never dreamed I would have (thanks, Nicholas).

And Thursday I will wake up to comments from people I will never meet but who have come to be my friends just the same. It’s all kind of awe-inspiring if you think about it.

Would I go back in time to five years ago? Not a chance.

Music of the day: So Far So Good by Thornley (lyrics)