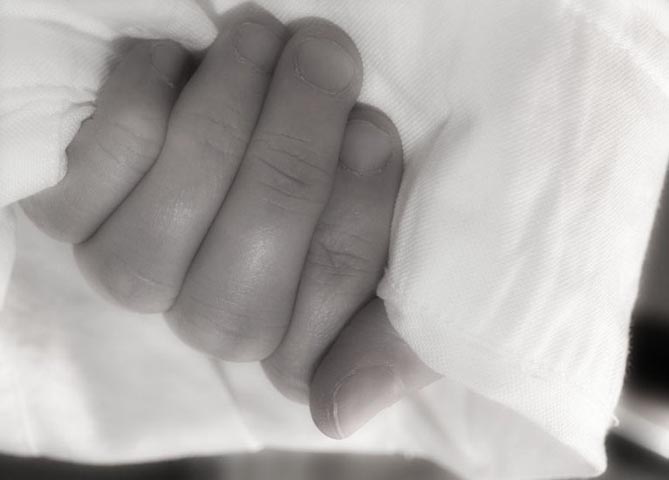 I have a thing for button-downs. Especially white ones. Show me a guy in a long-sleeved button-down shirt and a pair of faded blue jeans, and you’re likely to see a mischievous sparkle in my eyes. I can’t help it. It’s a weakness I have. The only thing I like better than seeing a guy wearing one is wearing one myself. Me wearing his is even better. It can be any color, but it has to be long-sleeved, it has to be a good quality 100 percent cotton, and it can’t be buttoned at the wrists or the collar. Oh, and I like it untucked. Casual.

It has been a long time since I had a new button-down and I am now in possession of not one, but two. One white, one blue. I like to feel their weight at my wrists, to have something to surreptitiously tug on when I am nervous or insecure. It is a habit that I never outgrew, despite my mother’s many attempts to break me of it. It’s just something I do. It comforts me, makes me feel safe, protected. It gives me something to do with my hands, a way to hold myself together and keep them from betraying my true feelings about a situation.

I caught myself doing this earlier today and had to smile. I was on a routine assignment, looking for standalone art for the paper, when I noticed a little road running alongside the local Veteran’s Administration. That’s funny, I thought. I’ve never seen that road before. Hoping it might lead to a photograph, I slowly turned onto it. It meandered along and I started to get an uneasy feeling. Although it had started out wide enough for two cars, it was narrowing rapidly and seemed to be going nowhere fast.

As I rounded the corner at a fairly high rate of speed, my misgivings were confirmed. There, at the other end of my car hood, were five veterans in various states of health, clearly out for an evening stroll on their designated walking trail. I could tell that they were just as surprised. As my eyes roamed from one to the other — the stooped one glaring, the one with the cane, the one in the wheelchair pretending to be oblivious, the short one fiddling awkwardly with his oxygen tank, the thin one jabbing absent-mindedly at his teeth with a toothpick — I didn’t quite know what to do. I couldn’t turn around, and they didn’t appear to be of a mindset to move. Clearly, we were at an impasse.

So I did the only thing I could think of. I gripped my shirt-sleeve with a trembling hand and managed a half-hearted little wave. For one long, excruciating minute, nothing happened. Then slowly, like cattle, they edged off the trail, never taking their eyes from mine. Cautiously, I inched forward, breathing a sigh of relief as I safely passed them. Looking ahead, all I could see were more twists and turns — a full mile of potential embarrassment lurking around every corner. Briefly, I considered desecrating the lush green lawn with a three-point turn, but when I looked in my rear-view mirror I changed my mind.

There in the distance, with all the gusto of a 21-year-old Marine on shore leave in a city of loose women, was the one with the cane, shaking it vehemently in my direction. And maybe it was just my imagination, but I could have sworn I heard him yell a resounding “HOOAH!” as I topped the hill and disappeared from sight.

Music of the day: Rebel Yell by Billy Idol