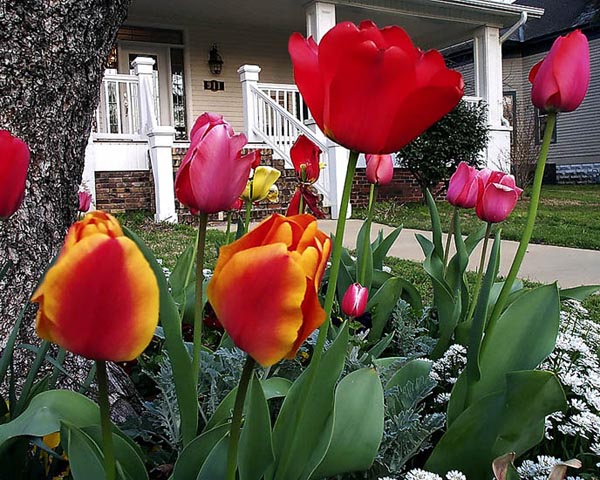 This article was originally published on March 29, 2000 in The Northport Gazette, where I served as editor and held a weekly column called Between the Lines.

The photograph was taken a year later on March 29, 2001, a good example that even in sadness, there is beauty to be found. You just have to look for it. A few months later, it took first place in the Alabama Press Association’s 2001 Better Newspaper contest. The ironic thing is that it wasn’t even taken with my “good” camera. I owned a Nikon 6006 at the time, but I shot this with a cheap Kodak digital just hours before deadline. When I wrote the article below, I couldn’t imagine ever seeing anything the same again. Since then, I have seen many beautiful things, made hundreds of images that are technically better than this one. It had been there all along — I just had to open my eyes.

My life’s blood is measured in words, my heart’s beat measured by the opening and closing of my camera’s shutter, and yet this week I find myself mute and blind, devoid of any clever turn of phrase, empty of any visual imagery. For those who have questioned me about my lassitude, it has nothing to do with a particularly bad haircut, although that in itself is worthy of at least a few tears. The trouble is with goodbyes. I have never been good at them. Like many people, I tend to cling desperately, even when there is no point and no hope.

This week I will say goodbye to someone close to me. In fact, by the time this paper has been printed and distributed, it will be done.

It is one of those frustrating situations where there is nothing I can do but hang my head and cry. There is no enemy to hate, no villain to fear, no victor to envy, no casualty to mourn. It is simply life, carrying on in its heedless circle. It is easy to wonder whether there is any point in allowing yet another person into my carefully constructed armor. If all hellos must inevitably lead to goodbye, why bother at all? It is an eternal paradox. In the movie “Shadowlands,” author/theologian C.S. Lewis grieves the knowledge that his wife is dying of cancer, but she possesses the wisdom to see beyond the sorrow. She comforts him by telling him, “The pain now is part of the happiness then. That’s the deal.”

And indeed it is.

In order to have one, you must have the other. It is an inevitable part of the paradigm.

In retrospect, I would not trade one moment of the happiness to relieve a thousand hours of the pain. Certainly if I could do it all over again I could avoid this overwhelming sense of loss, but I would miss out on the joy as well. Knowing this, and knowing that I would not change things if I could, makes it somehow easier to bear. Beneath the tears, and beneath the sadness, lies the clear, untarnished beauty of memory which cannot be dulled by time’s razor-sharp edge.

Greeting card vendors may hawk pasty, over-trite sentiments about the enduring nature of true friendship, but the reality is that life sometimes leads us down separate paths toward divergent destinies. The only promise we can make is to remain faithful to the memory, to never forget the joy, for to do so would be to nullify the sanctity of what we once cherished.

I hope that when the time comes to say goodbye, I will remember this lesson. I hope that I will not taint the beauty with my sorrow.

I suspect that I will cry as if the world is ending.

Nevertheless, the sun will rise again, even if only to mock me from its shining orb. The traffic will continue its heedless rumble; the clock will not pause its ceaseless ticking. Life, with all its trivialities and trappings, will go on — as it should — and I will go on, as I must.

As they should be.

Music of the day: (Best I Ever Had) Grey Sky Morning by Vertical Horizon