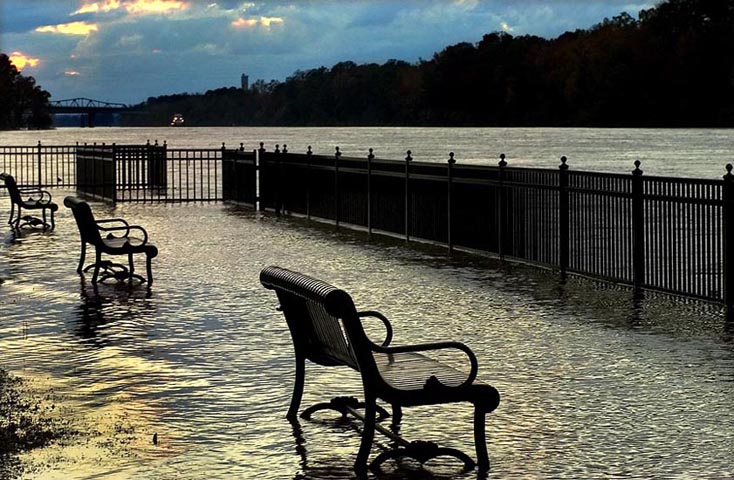 Water Under the Bridge

People like to say that time changes all things, heals all wounds, and I have found that to be true. Just as the water shapes the land, time smooths the sharp edges and softens the memory until all that remains is a hazy image in the mind. On December 1, 1991, I fell in love with a high school classmate while watching the Alabama-Auburn game on television. That one day in history eventually led to heartache, but it also led me to Tuscaloosa, to the life I live today.

I have lived through kidney stones, sinus infections, food poisoning, pneumonia, a heart murmur, and several major depressions. I have lived through one serious break-up, a handful of deadbeat boyfriends, one head-on collision, a peeping tom, and a tree that could have killed me when it fell just seconds after I drove away while covering Hurricane Ivan. I have had the job of my dreams and the disappointment of a lifetime. I found the mentor I had always wanted and said goodbye too soon. Time heals all wounds.

I wouldn’t want to be the person that I was thirteen years ago. I wouldn’t want to have the life that I envisioned as a young, idealistic 18-year-old. I wouldn’t trade any of the experiences that I have had because they have all helped me grow as a person. And as for my future — I can only imagine.