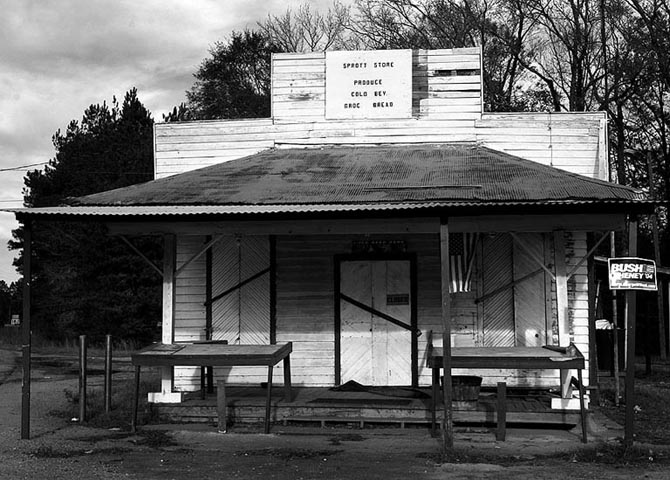 The store has changed a lot since Evans photographed it nearly 70 years ago. Apparently it was open for business as late as 2000 according to a website that I found, but it was vacant and abandoned today, oblivious to its role in Southern folklore and history.

As for the rest of the town, there really wasn’t much to see. The remnants of the old store, which was also once a post office, seem to be the last shred of civilization in Perry County besides a cat, which I surmise lives at the store since there was a bowl and some food sprinkled liberally on the ground.

It was a little disappointing to make the two-hour drive only to find nothing there, but then again, maybe that in itself made it worthwhile. Someday, this store will not exist anywhere except for in a few old men’s heads and in Agee’s book. And now � I have contributed my own clause to the history of the infamous Sprott, Ala. Crossroads Store.

For those who are curious, a black and white version of this photo can be seen by mousing over the main image.