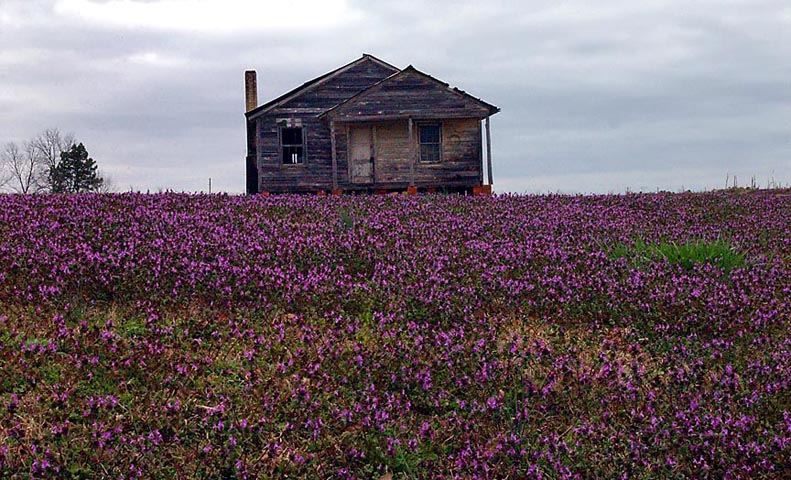 This picture was actually taken March 3, 2004 while in Berry, Ala. conducting surveys for a public records project. It’s a good example of how you might sometimes pass up good photo opportunities without even realizing it. Originally, I had seen the front side of the house from the road. Gray, withered corn stalks carpeted the ground in front of the house as far as the eye could see. Fascinated, I drove down the dirt road that led to the house in order to ask permission of the owner to shoot it. When I reached the back of the house, I was shocked to find this field of purple flowers.

After getting permisison from the elderly owner, who had long since moved into a nicer house behind this one, I immediately plopped on my stomach and started shooting. I’m sure I must have been quite a sight, lying face down on the wet ground just to photograph an old house. I offered the owner a print, but she declined. I think she thought I was trying to sell her something. Maybe she just didn’t see what all the fuss was about. After all, she looks out at this scene every day.

Regardless, I immediately thought of this photo when I saw the Photo Friday theme of “Abandoned” this week.