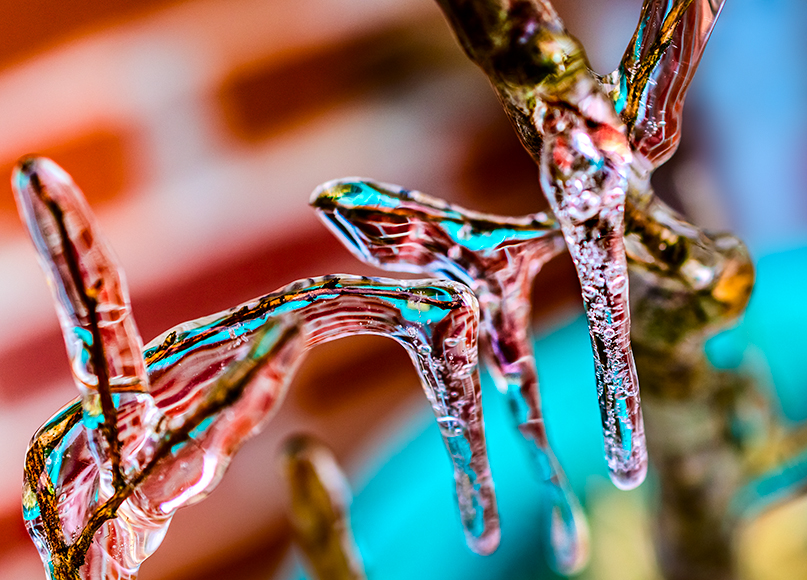 Coden, Alabama
A rare ice storm hit the Gulf Coast yesterday, leaving behind a big mess in some cities — and a beautiful winter wonderland in others. The ice on these crape myrtles looks almost like glass hummingbirds.
Music: Life in a Northern Town by The Dream Academy (lyrics)
_____________
About the image
Icicles, almost resembling a glass hummingbird, form on a crape myrtle in Coden, Alabama during a rare winter storm event, Jan. 28, 2014. The system wreaked havoc in the Deep South, leaving students trapped at schools and commuters stranded on interstates. More than 1,000 accidents were attributed to the inclement weather, and drivers were advised to stay off the slick roads. (Photo by Carmen K. Sisson/Cloudybright)
Posted on January 29, 2014 by Carmen K. Sisson tagged Alabama, Coden, ice, macro, winter