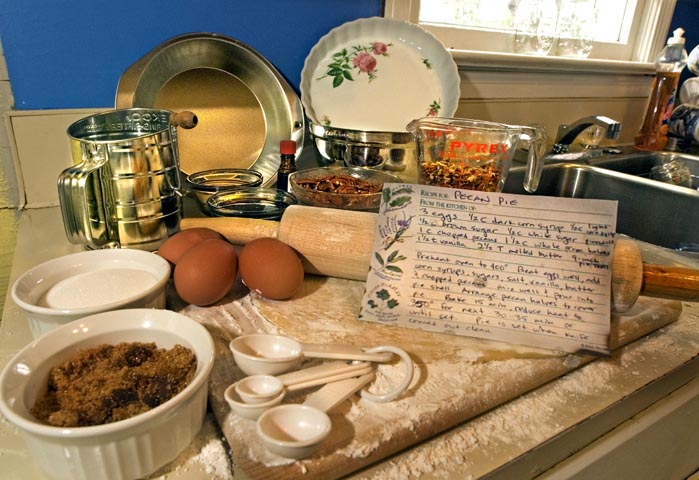 New year, new beginnings. I was going to make a slide show of my best images from the past year, but I realized there weren’t that many I was happy with, so it seemed superfluous.

Still, the last day of the year found me bustling in my kitchen, preparing a nice southern meal of blackeyed peas, cabbage fried down with salt pork and onions, yellow cornbread, and pecan pie. The pie ended up more like soup, but sitting on my front porch, stretched out in my porch swing as Nicholas rocked in the rocker and our friend Kevin sat on my freshly painted railing, smoking and sharing stories, I realized that I was happier than I’ve been in a long time.

This year has brought a lot of things:

Meeting my WonderTwin for the first time, taking a 22-hour train trip to Pennsylvania just to see the face of the person I owe more than almost anyone who has ever passed through my life. The remainder of things on this list can be traced back to a friendship that began two years ago with a simple question. Sixteen days from now, we’ll be together again, shooting snow and being absolutely stupid-happy in that way only WonderTwins can be.

Seeing six states and nine cities, including Boston, Philadelphia, and New Orleans. The girl who was so afraid to be alone that she once had to have friends stay with her when Nicholas went out of town spent 89 nights away from home this year. Many of those nights were in hotel rooms.

Driving farther than two hours away from home, including navigating the interstates in Mobile, New Orleans, and Baton Rouge.

Earning the Monitor as a client. I thank God every morning for the day Alec Long pissed me off so badly that I screamed, yelled, cried, self-destructed — and picked myself up and pitched a query. Less than 24 hours later, I had call backs from Time, Newsweek, Associated Press, and the Monitor. By the end of the week, I had a fat stack of contacts, an image published in Time and across the wire, and a lucrative relationship with the Monitor. More importantly, I had something I hadn’t seen in years — a sparkle in my eyes.

Breaking two cameras, five flashes, four lenses, getting tackled by two football players, living to tell about it, and buying a new camera.

Finally getting a stove for the house. Painting the porch. Painting two walls of the office. Finishing the dining room.

Getting my transmission fixed and learning that all my troubles could be traced to a $30 speed sensor.

There were other things that happened this year, some good, some bad, but at the end of the day, I’m satisfied with where I am. All in all, not a bad way to start 2007.

[NOTE: for those who are interested, the New Orleans story, “No Waterloo for Napoleon House,” appears in today’s edition of The Christian Science Monitor.

Music: The Gates of Istanbul by Loreena McKennitt (lyrics)